Make Your Design Unique With These 5 Best 3D Printers Most of us have grown accustomed to general 2D printing. Then, there’s 3D printing, which is more than just a passing fad. It actually possesses plenty of benefits such as easy customisation, reducing labour costs and allowing faster production as opposed to traditional manufacturing methods.

Whether you are a beginner, a hobbyist or a business professional, here are the three different 3D printers that suit for your respective needs. 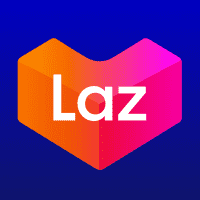 The Shenzhen-based Creality CR-10S is a value-for-money 3D printer that can be printed on most filaments such as ABS and PLA. The printer is built with simplicity in mind, making it suitable enough for beginners who are still new to 3D printing.

Not to mention it doesn’t take rocket science or a special set of skills to assemble this printer, thanks to its easy-to-follow simplified structure. It also comes with a filament sensor, which able to detect possible printing errors like running out of filament or if your filament is broken.

If you are looking for a professional all-around 3D printer, you can’t go wrong with the Ultimaker 2+. The printer is such a huge favourite among many satisfied users that it is even rated No. 1 in the Prosumer category in 2017 by 3D Hubs, known to be the world’s largest network for 3D printing services.

It is also compatible with different types of filaments such as ABS, PLA and even nylon materials. The nozzles are particularly swappable, enabling you to change up to four different nozzles of different sizes. This gives you the freedom to switch between highly-detailed or faster print quality as well as for printing 3D props, miniatures and cosplay pieces.

The Ultimaker 3D printer models are synonymous with quality and reliability. And their Ultimaker 2 Extended is no difference. It has a huge build volume measuring at 9.0 x 8.9 x 12.0 inches for handling larger 3D print jobs.

Just like their smaller cousin (the Ultimaker 2), it comes with interchangeable nozzles that allows you to print 3D models in greater detail or faster process. The printer is also equipped with a heated bed, which is particularly useful for preventing unwanted warping while improving your 3D print quality at the same time.

Given the printer’s flexibility and its large-format size, it comes to no surprise that the Ultimaker 2 Extended is suitable for 3D architectural printing. In fact, it was even largely favoured by Sweco, one of the largest architectural and engineering firms in Europe.

Having a 3D printer with dual extruders come with plenty of advantages. For instance, it does a better job printing complex objects or models that require more than one colour. Among such printer is the Flashforge Creator Pro II, which contains two extruders that support dual colour printing.

The printer is also blessed with an enclosed chassis, which particularly helps to protect your printing against various elements like cold and heat caused by the external environment. It also benefits those who printed their objects using ABS material since the printer’s enclosure would minimise the chance of warping or shrinkage while maintaining a consistent printing temperature.

Some 3D printers require a lot of space but in the case of Dremel DigiLab 3D20, this printer is compact enough to be placed on the desk or table. It is also fun to use for school projects since it’s easy to operate with the help of a quick start guide.

The Dremel DigiLab 3D20 is also made compatible with both PC or Mac, while its fully enclosed design ensures your kids able to learn about 3D printing without the fear of hurting themselves due to heat or other factors. For an added convenience, the printer includes a full-colour LCD touchscreen that allows you to adjust the setting accordingly.