Nowadays, every smartphone tries to be at the top of the competition with its advanced specifications; mainly with their camera setup from one single lens up to five lenses.

Top technology brands such as Apple and Samsung have been leading the industry with their high-end smartphones. As such, this has been a never-ending race between these gigantic brands.

Having said that, Realme has just announced its brand new smartphone called the Realme X3 SuperZoom. This is a part of their latest flagship product lineup for mid-year 2020. All specifications aside, the main focus of this phone is mostly on the camera itself. Scrolling has never been easier

The X3 SuperZoom comes with a 6.6-inch FHD+ screen with 120 Hz refresh rate. Just like other higher-end smartphones, this Realme smartphone implements a higher refresh rate into its display for smoother scrolling experience.

For a high-end smartphone, the display is not built with an OLED panel, but it houses an LCD panel instead which perhaps explains the slightly larger-than-usual chin at the bottom edge.

The fingerprint scanner is embedded in the power button at the side, rather than on the display panel itself. Meanwhile, the processor in this smartphone runs on Snapdragon 855+, which is the latest flagship-class chip Qualcomm made, before it started forcing everyone to include 5G modems alongside the 865.

Besides, the X3 SuperZoom also comes with a 4,200mAh battery that charges at 30W over USB-C. Realme is also claiming that it has “three waterproof layers” in the phone’s chassis, although there’s no formal IP rating.

As of now, this smartphone is by far the cheapest phone armed with a periscope telephoto lens, but if you’re concerned about 5G and chin sizes, look elsewhere. On a serious note, the Snapdragon 855+ is still a solid chip.

The 120Hz is also a big selling point even though it's catered to an LCD panel, and the device runs on Realme UI based on Android 10. The phone comes in two trendsetting design colours: Arctic White and Glacier Blue. Let’s look through the rest of the specs in details.

The display has an incredible refresh rate

As mentioned previously, the display on this phone comes with a 6.6-inch FHD+ with 120Hz ultra-smooth display. It is arguably on par with some of the best in the market in terms of refresh rate.

Something else to add to the visual experience is that the device has a  90.5% screen-to-body ratio, which has a peak brightness of 480 nits. For some peace of mind, the display is protected by Corning Gorilla Glass 5 for better durability. The screen has a wide-punch-hole on the top left corner that houses its 32MP main and 8MP ultra-wide-angle dual in-display selfie cameras.

The processor has a newly improved liquid cooling system

Under the hood, it runs on a Qualcomm Snapdragon 855+ processor offering to 12GB of LPDDR4x RAM and up to 256GB of UFS 3.0 storage. It also comes with a liquid cooling system that reduces 12.5% in temperature.

The newly upgraded liquid cooling system has 100% effective coverage of internal heat sources. As a result, the core temperature is greatly reduced to maintain performance and speed.

Powering the device is a 4,200mAh battery and it supports 30W fast charging via USB-C. The bundled charger is rated to push 70% charge in 30 minutes and a full charge in just 55 minutes.

In the camera department, the rear comes with a quad-camera setup that features a high-resolution 64MP f/1.8 main camera that utilises Samsung GW1 1/1.72″ sensor. The key highlight is its 8MP periscope telephoto camera with OIS that offers 5x optical zoom and up to 60x digital zoom. Also included is an 8MP ultra-wide-angle camera plus a 2MP macro camera.

To capture the night sky view, it offers the Starry Mode function. It also boasts superior low light photography with its AI-assisted Super NightScape 4.0 feature. The X3 SuperZoom can record 4K videos up to 60fps and has UIS Video as well as UIS Max Video stabilisation. 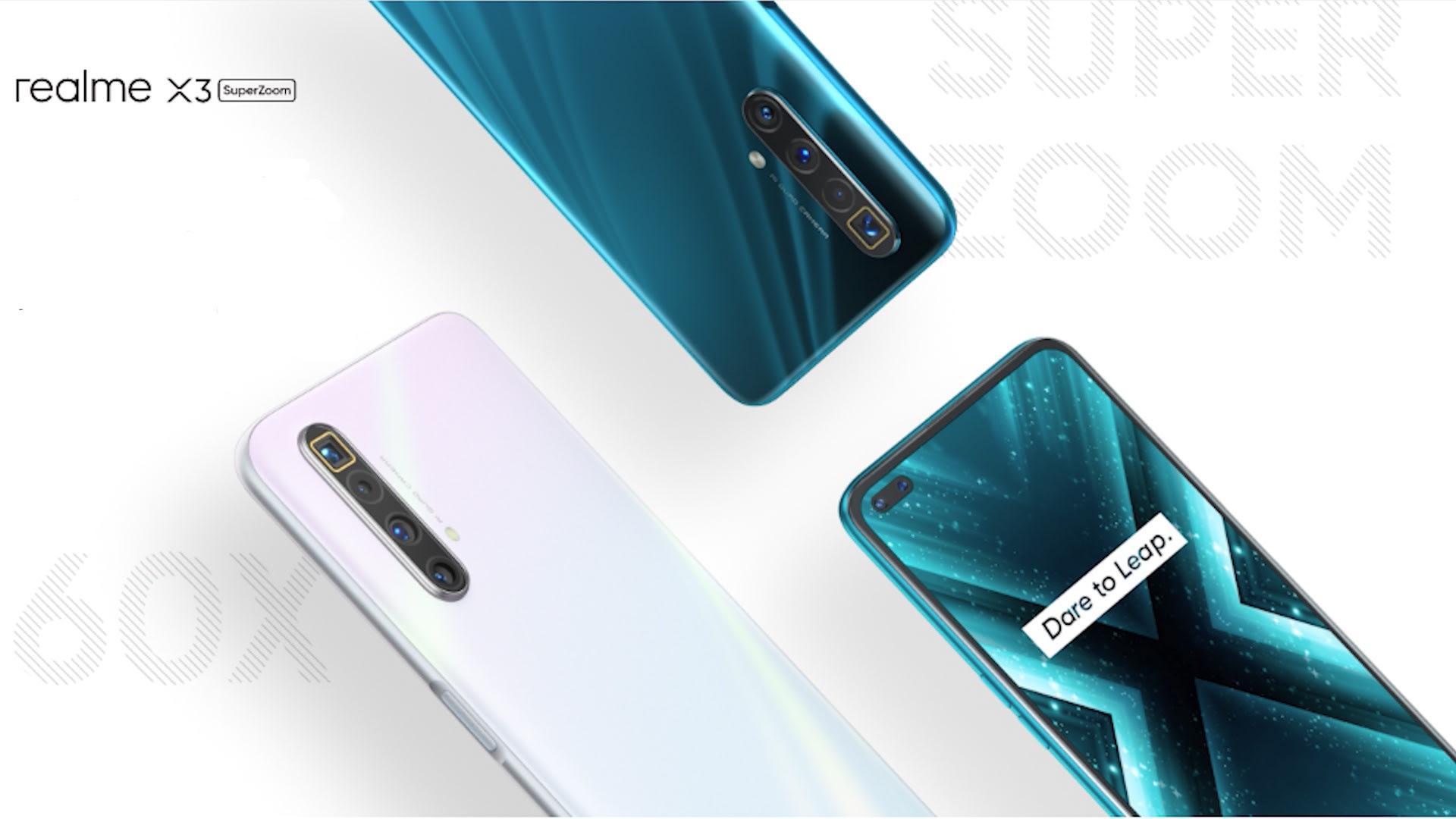 Meanwhile, the higher-spec 256GB version will be available from 6th June 2020 onwards at all dealers nationwide for RM2,299. The high-spec variant is also bundled with the Realme Buds Air wireless earphones for free, (while stocks last). On top of that, Realme is also providing a free 1-year extended warranty.